The Gateway Natural Area is located 15 miles northwest of Fort Collins, Colorado. Along CO-14, it is five miles west of where CO-14 breaks off from US-287. It is managed by the City of Fort Collins which charges the following parking fees from March 1st to November 30th: $5/day, $30/year, $25/subsequent years, $10/year for handicap parking, and $60/year for vehicles with eight or more people. The parking lot has restrooms and free pet waste bags but no water. Hiking, mountain biking (although limited in scope), nordic walking, walking leashed dogs, and fishing are allowed in the park. Campers and hunters are allowed to pass through the park but not allowed to do either inside of it. Cell phone service was weak. The following Google Map highlights the Seaman Reservoir Trail since it is not marked on any of the natural area maps. 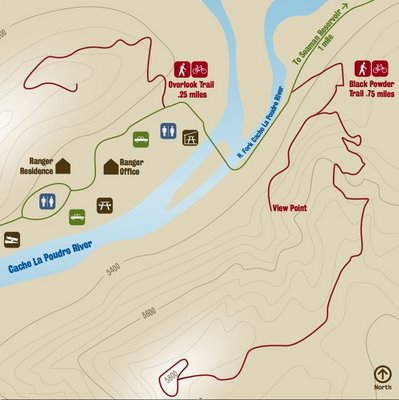 The Seaman Reservoir trail is 1.0 mile long in one direction and has almost zero elevation gain. It is a suitable trail for kids, nordic walkers, and, specifically, for fishermen desiring access to the North Fork Cache la Poudre River. 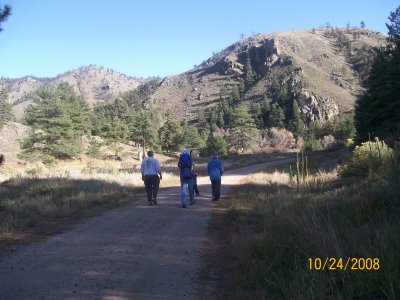 It is a relaxing walk because it follows the North Fork Cache la Poudre River, which generates soothing sounds. 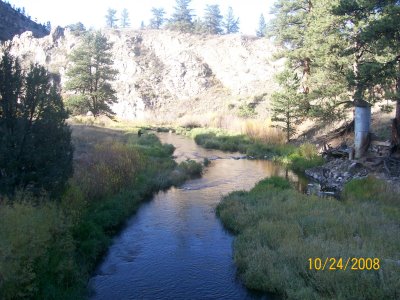 The final hundred feet of the trail lead to the Seaman Reservoir and require a small climb in elevation. 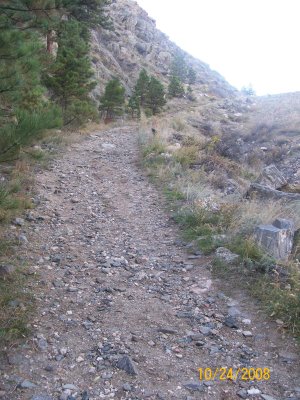 From the reservoir, you can experience scenic views to the north and south. 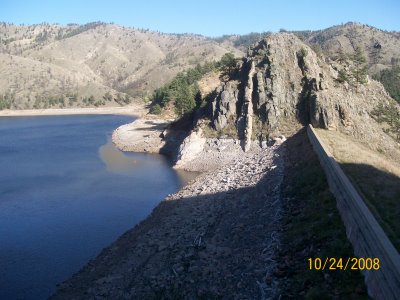 The Black Powder trail starts near the parking lot and is 0.75 miles long in one direction. It has a steep ascent of almost 400 feet, from 5,400 feet to 5,800 feet and is very narrow. The first half primarily consists of switchbacks that head straight up the mountain. 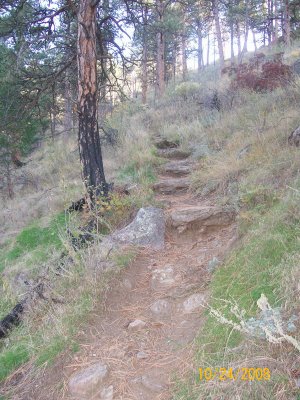 The second half of the hike levels off and cuts though an open field that sits between two rounded peaks. Mountain mahogany can be found near the trail. 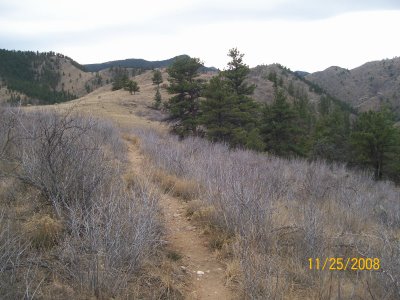 Due to the setting sun, the following pictures were taken facing east. They highlight the open landscape that provides picturesque views during the last third of the trail. Views to the west provide a look down Poudre Canyon and include the Poudre River and CO-14. 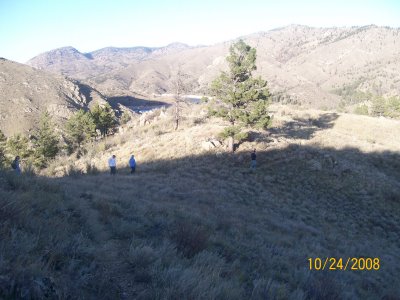 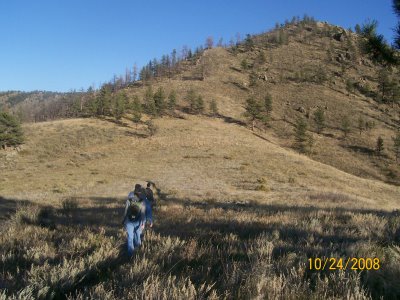 The last time we hiked this trail (November, 2008), the View Point trail that connects with it was closed due to construction. 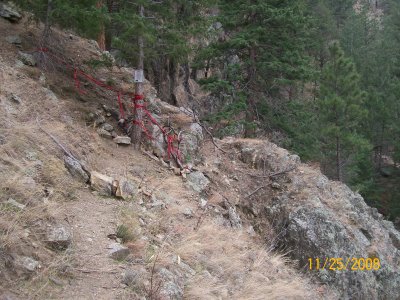 The following video was taken from the southern most point on the summit loop trail.

The Overlook trail is 0.25 miles long with less than 200 feet in elevation gain. It is an ideal hike for kids and/or for a quick climb with your dog. 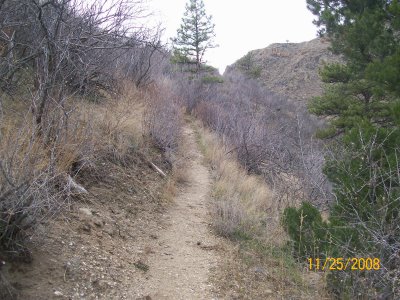 Like the Black Powder trail, the Overlook trail is narrow. 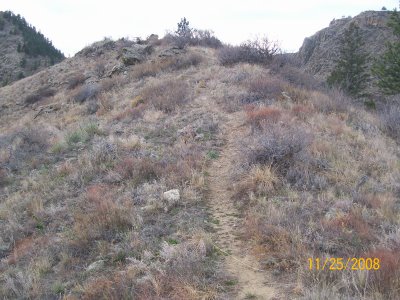 The view at the end of it makes this jaunt worth the effort. 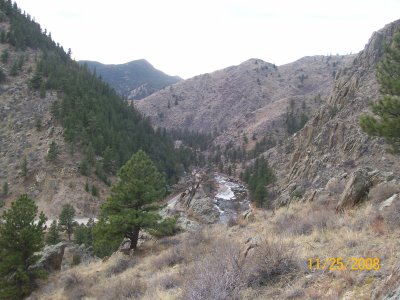 In sum, the Gateway Natural Area’s short trails and limited human traffic make it a very peaceful place to visit. In addition, we saw several fly fishermen who attested to the high quality trout fishing in the North Fork Cache la Poudre River. Other hiking and mountain biking trails in the Poudre River Canyon include Hewlett Gulch, Greyrock Mountain Trail, and Young Gulch.