The City Park Railway was a train ride for kids on a miniature sized train. Each ride cost $2 per person ages 2 and above. Our tickets were purchased at the City Park pool across the street. 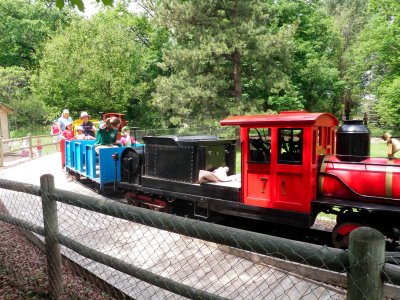 The train completed three laps around the track per ride, totaling about 5 minutes. Each lap included train whistling and passage through a tunnel. Our two year old was a little scared during the loop but was very excited both before and after. Older kids had fun sitting in the enclosed cars where they were independent from their parents. 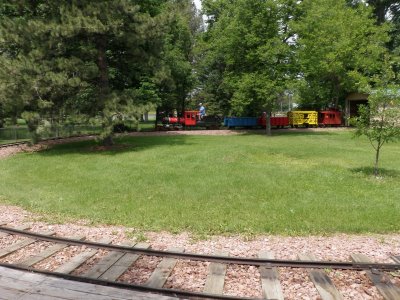 In sum, the City Park Railway was a fun, family activity that coincided nicely with a visit to City Park’s playground and lake.