These trails have existed for some time but were officially developed in Spring 2014. Subsequently, a flood washed away some of the bridges. In Fall 2014, new bridges were installed and now, in Spring 2015, they’re in great shape. They are a 2.8 mile loop with gently rolling terrain.

For my first visit, I went on an early evening ride and accessed the trails from the east using the Clear Creek paved path. After passing the entrance to the Mormon Handcart Park, I turned right at the following fork.

I biked a counter-clockwise loop starting at the northeast corner entrance, which was across from a yellow “curvy arrow” sign. The south half of the loop also ends at the paved path, just a few hundred feet south of this entrance.

The trails were narrow, well groomed single track and in great condition. I spoke to a couple of frequent riders and they said that these trails dry out quicker than those at Sugar Bottom. 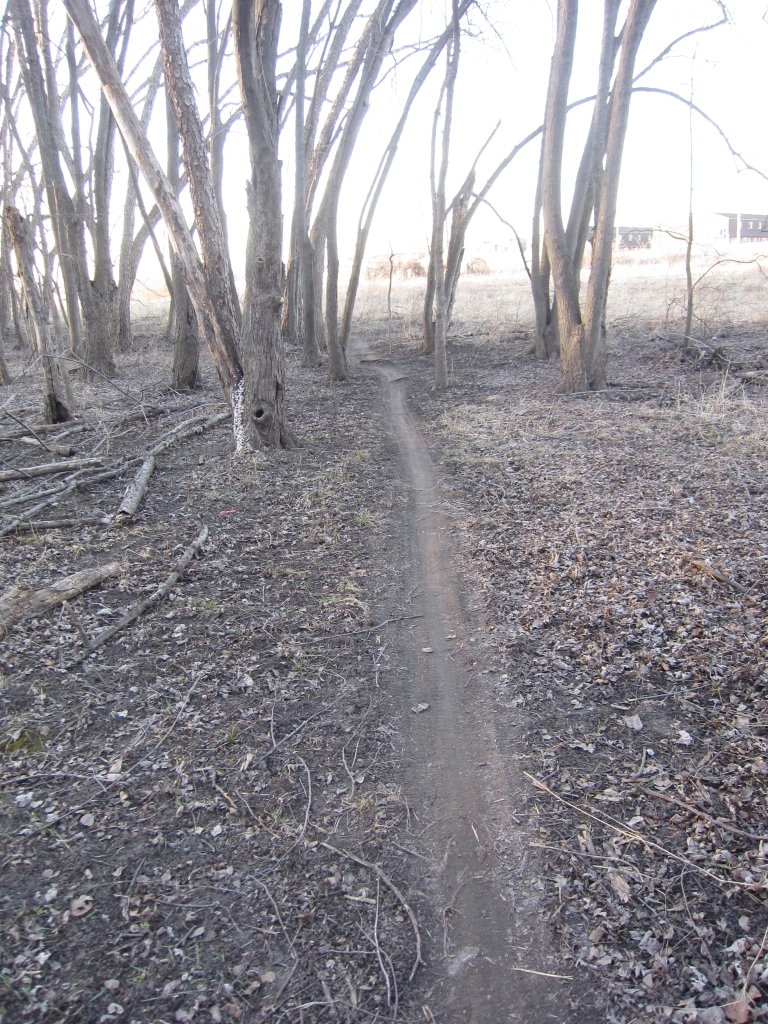 There were several bridges, each of which was wide and safe.

This next one had a fun twisting turn on the other side.

As I approached the Camp Cardinal parking lot, the terrain transitioned from mostly flat to rolling.

The north half of the loop ended at the parking lot. I continued on the south half by following a paved path around to the left and south.

The southern trails featured several patches of sand, which offered a unique challenge. Other than the sandy areas, these trails rode fast and were similar to the easy ones at Sugar Bottom.

This half of the loop had two large bridges, the largest of which can be seen below. 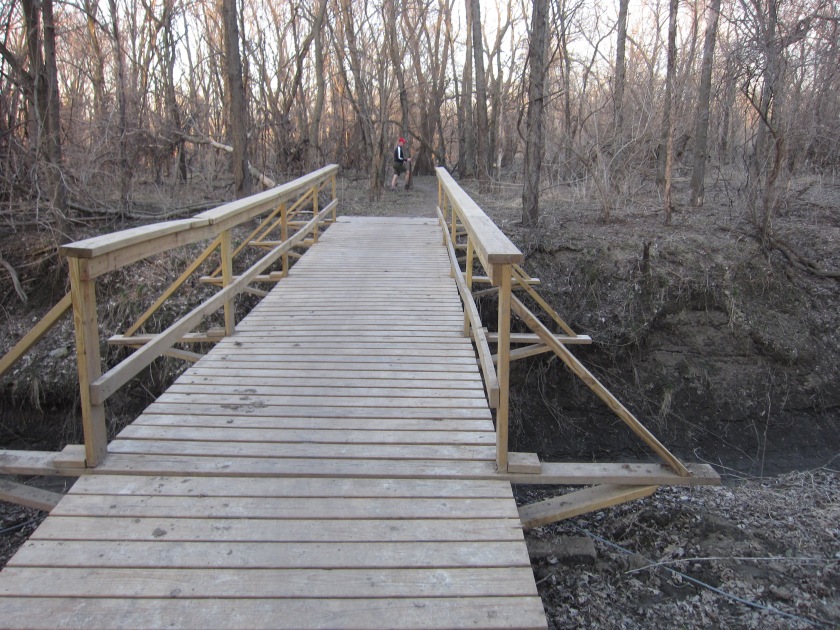 The next section followed the banks of the creek, which offered a pleasant backdrop.

After the trail distanced itself from the creek, I made a mistake and biked straight instead of turning right. As a result, I reached a log ramp, featured in the next picture, from the wrong direction.

On my second visit also riding counter-clockwise, I turned right at the intersection below. 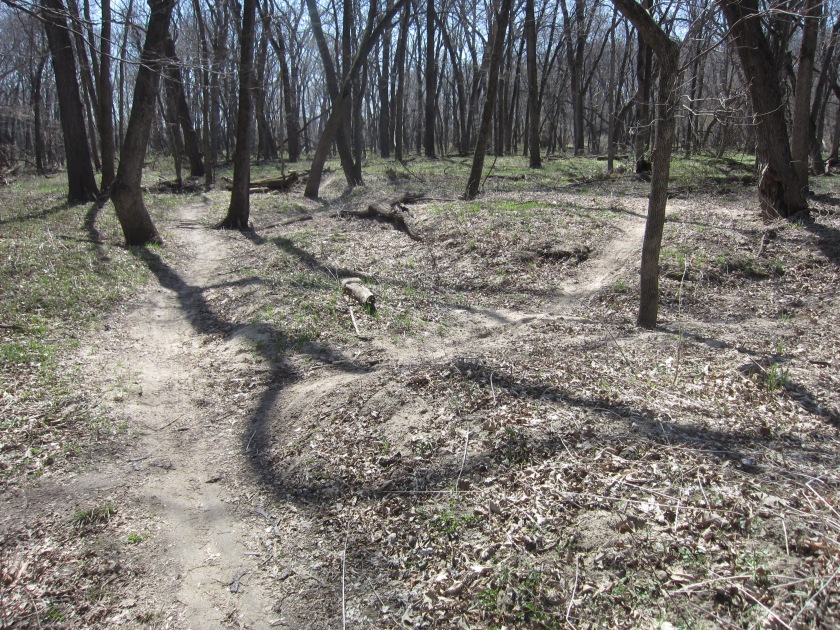 It led around a horseshoe shaped extension that had three log ramps, the first of which can be seen below. 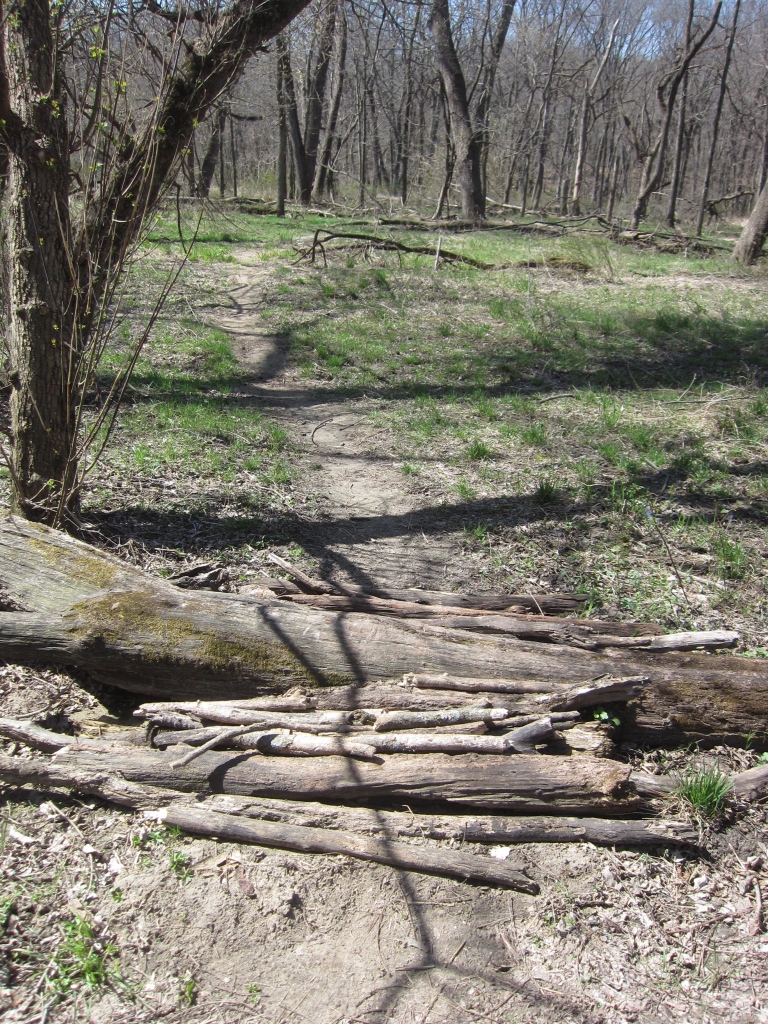 The third log ramp was the same one I mentioned before but seen below from the other side. 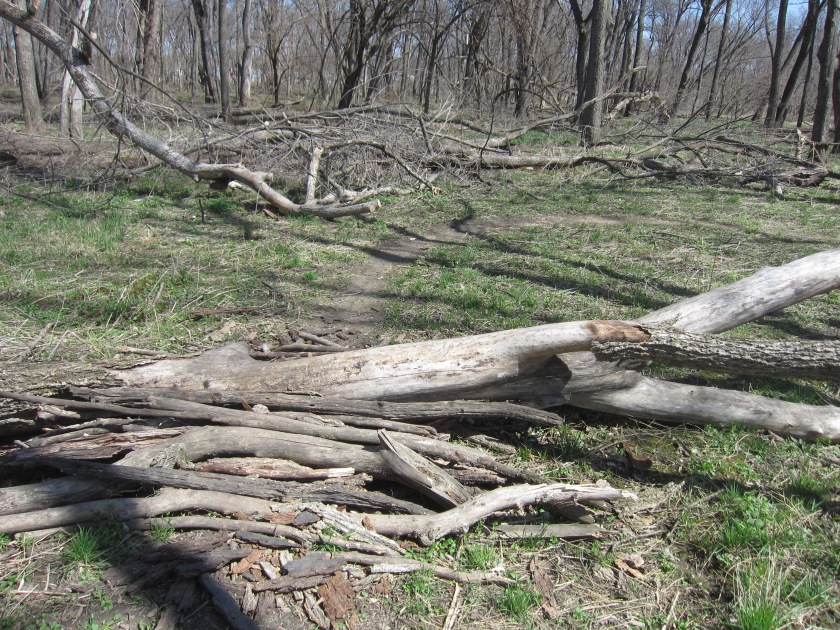 And, here’s a picture of me going over it.

After completed the horseshoe extension, I continued on the main trail and quickly reached a bridge that had a fun dip that led up to it. Off to the side was a smaller, narrower bridge. 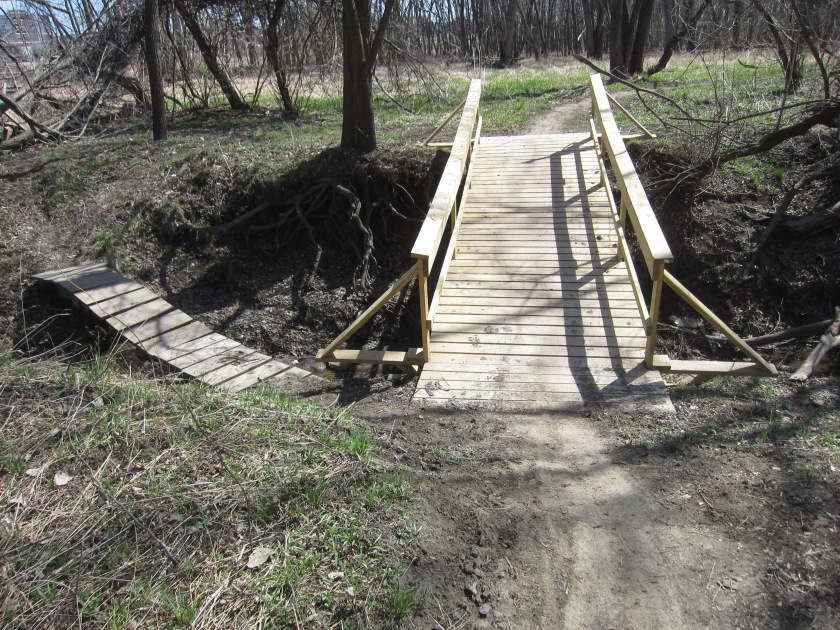 I completed the loop when I reached the paved path at the southeast corner of the park, after which I had an easy ride home. In sum, these trails were in great shape and pure fun to ride.