The Colorado National Monument is a national park located west of Grand Junction, Colorado and south of Fruita. The park has two entrances: an east entrance accessible from I-70 near Grand Junction and a west entrance accessible from I-70 near Fruita. We entered the park from the west entrance because it is closer to both the visitor center and the kid friendly hiking trail heads. Following signs from I-70 to the west entrance, the park is 6 miles away including 2 miles on CO-340 and another 4 miles to the visitor center. Primary activities include hiking with kids, camping, backcountry camping, rock climbing, and cycling on the park roads but dogs are only allowed on campgrounds and parking lots and not allowed on the trails. The park requires an entrance fee that is valid for up to a week. The visitor center included restrooms, water, interesting exhibits both inside and outside, and friendly park rangers. Cell phone service was weak while in the park. The following Google Map is a rough estimate of the Canyon Rim and Window Rock trails.

The Canyon Rim Trail is 0.5 miles long with unnoticeable changes in elevation and hovering at around 5,700 feet. It starts from the visitor center and follows the edge of Wedding Canyon. 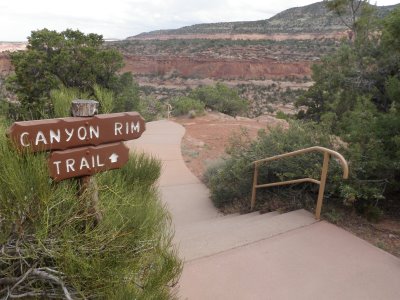 Although the trail is modest in difficulty, it offers an obstructed view of majestic plateaus and deep canyons inside Colorado National Monument. 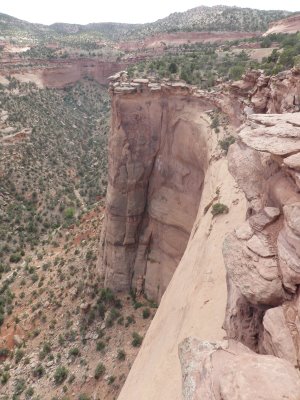 The following panoramic picture captures the breadth and depth of Wedding Canyon.

The trail is smooth and wide so kids can easily walk it. Further, it is great for quick family hikes because it is near the visitor center (i.e., water, restrooms, shelter) and short in length. 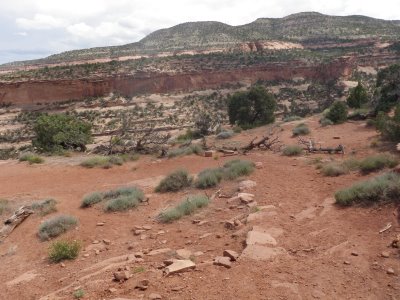 However, the trail does run extremely close to fatally steep canyon drop offs. Interestingly, my Olympus Stylus Tough camera survived a four foot fall onto this trail’s solid rock and was able to take the rest of the pictures seen here. 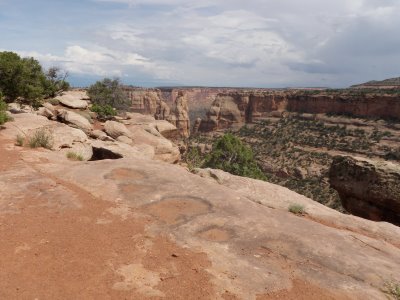 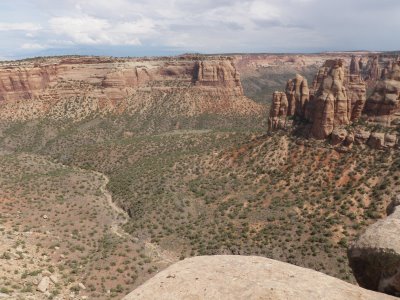 The following picture shows Independence Monument which is the large monolith centered both left-to-right and front-to-back. Harder to distinguish are smaller monoliths including Praying Hands, Pipe Organ, and Kissing Couple. 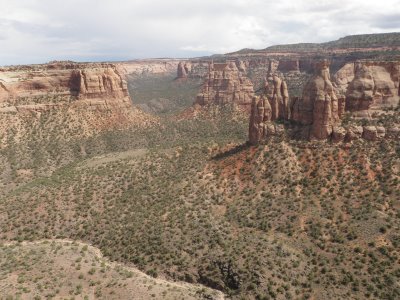 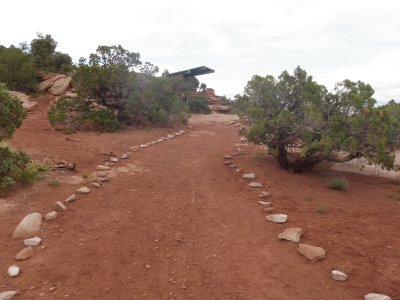 The sedimentary rocks’ red and orange colors are from iron and other minerals. The following picture peers north from the Window Rock viewing area. 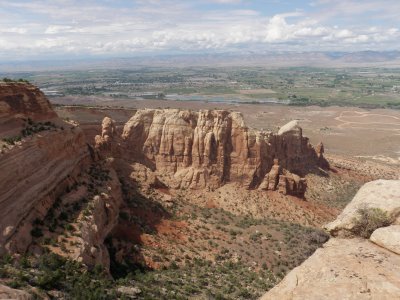 On both the Canyon Rim and Window Rock trails, there are several interesting plants including the Plains Prickly Pear Cactus and Great Plains Yucca. What’s more, kids can have fun spotting antelope ground squirrels and lizards scurrying across the trail. 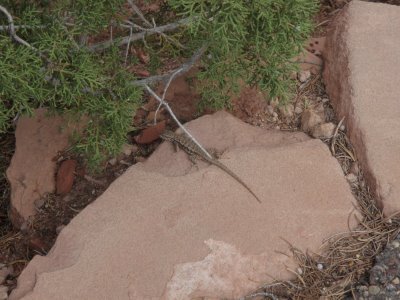 In sum, Colorado National Monument has several kid friendly trails that offer stunning views of plateaus and canyons. In addition, it provides an opportunity to interact with and learn about geology, wildlife, and plants. It was a fun place to stop and break up our road trip to Moab, Utah.