The Amana Colonies Recreation Trail is on IA-220 and only a few minutes west of both US-151 N and the village of Amana. Walking, biking, running, and birding were the popular activities. We parked in a small, free lot on the north end of Lily Lake. Restrooms and water were not available. My cell phone service strength was medium.

On Friday of Spring Break 2014, we visited the village of Amana for fun kid activities and then explored the Amana Colonies trail (a.k.a., Kolonieweg trail). We walked a clockwise 2.7 mile loop around Lily Lake and through the adjacent neighborhood. Our kids, ages 3 and 7, biked on the paved section of trail along the lake’s eastern shore.

From the parking lot, the trail was wide and paved. 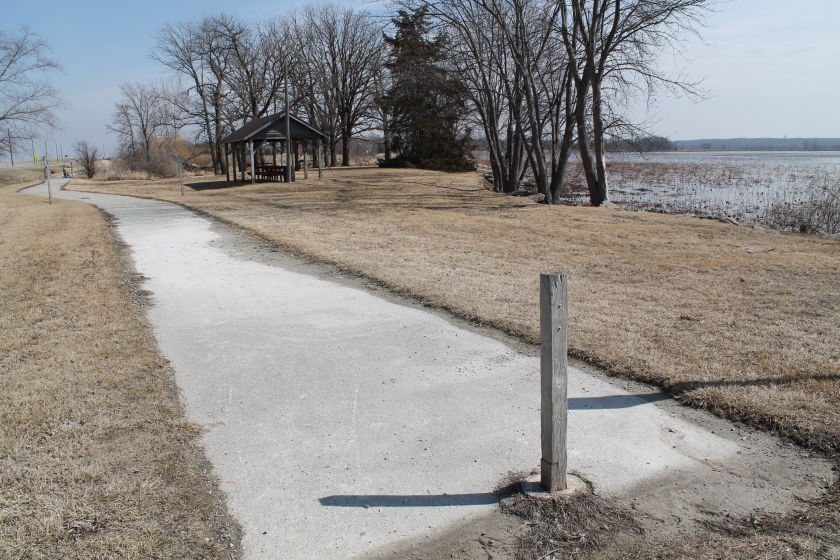 Our children had a lot of fun biking on the flat concrete and looking for birds along the way.

The eastern and southern sections of trail were close enough to the water’s edge such that we were able to spy on the waterfowl as we passed by them. 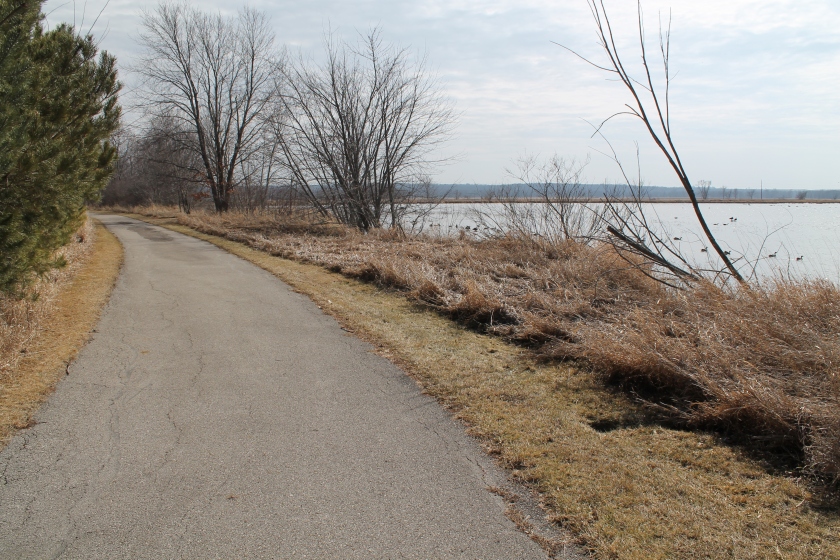 At about the 3/4 mile point, there was an intersection that we turned right at to continue walking around the lake. Our children turned around at this point because the cold wind was too much for them.

The southern segment was a smooth, crushed limestone path with a canal of diverted water from the Iowa River on the left and Lily Lake on the right.

In addition to ducks, we saw two geese napping.

With the lake behind us, we continued on the wider of the two paths seen below (i.e., the left one) and headed into the adjacent neighborhood. The neighborhood segment was the only one to offer shade. 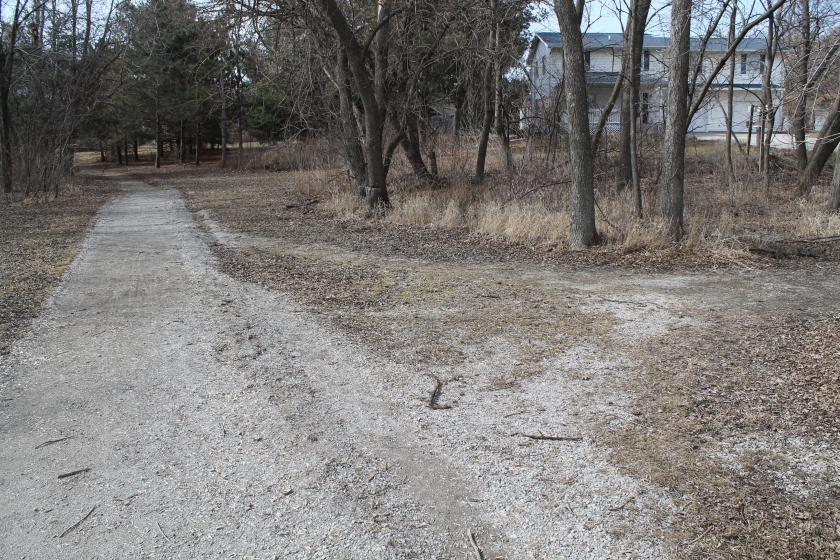 It was paved from here to the end of the loop and had a nice buffer distance between it and the houses.

The loop crossed IA-220 twice, once near the Amana Elementary School (seen below) and again at the very end (i.e., near the parking lot). It also crossed an entrance to the school and two side streets and, thus, younger kids may need to monitored for this stretch.

We completed the loop and enjoyed a view of the north end of Lily Lake. In addition, we read an interpretive sign that described the benefits of Poplar trees, one of which includes how they cleanse ground water by breaking down pollutants. Read our blog post from Claytor Lake in Virginia to see photos of Poplar trees’ unique leaves.

In sum, we enjoyed our first visit to both the village of Amana and this trail. We plan to visit again to see blooming vegetation and different waterfowl (e.g., pelicans, herons, and bald eagles). I recommend the Terry Trueblood Recreation Area for a similar experience such that kids can rides their bikes on a wide paved path.