Lake Macbride State Park is located in Solon, Iowa. We used I-80 exit 246, took Highway 1 north for nine miles, took a left on East Main Street, and stayed on it for four miles until we reached the park’s entrance. Hiking, trail running, dog walking, fishing, and swimming were the popular forms of recreation. We parked for free in the large lot near the beach. For future visits, we’ll likely park next to the playground marked as a picnic table in the Google Map below. Restrooms and water fountains were available in several locations. My cell phone service was at a moderate strength.

From the beach parking lot, we walked 1.5 miles along the shore and on top of the dam.

On Labor Day 2012, we swam at the beach and it was overwhelmingly packed with people. On this visit, swimming was not an option as it was only allowed in the summer.

This video was recorded from the beach.

From the beach, we found the Beach to Dam trail by walking down to the boat rental dock and turning right. 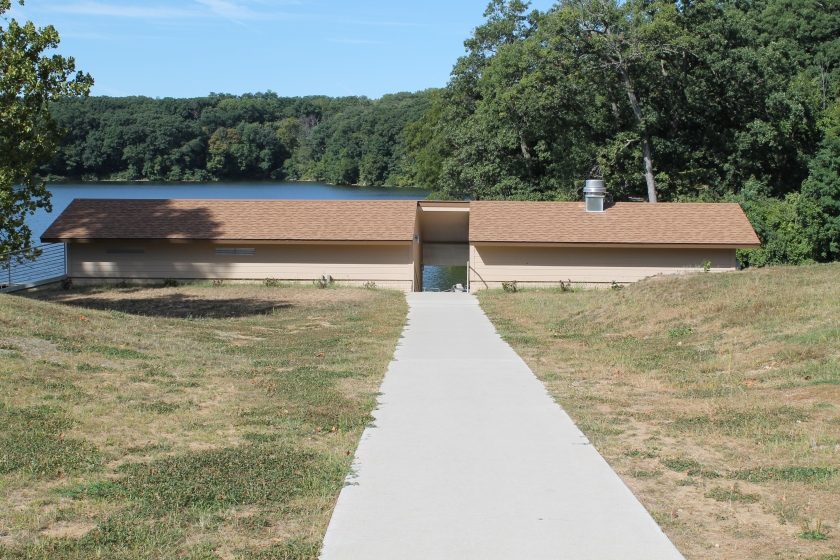 After walking a short distance on the trail, we saw a playground (pictured below) a couple hundred feet up the hill from the shore. It had its own bathrooms and parking area so we finished our walk there. Our kids, ages two and six, had fun on it so we’ll likely park here in the future instead of at the beach.

The trail was wide, gently sloping, and a smooth mix of dirt and gravel. 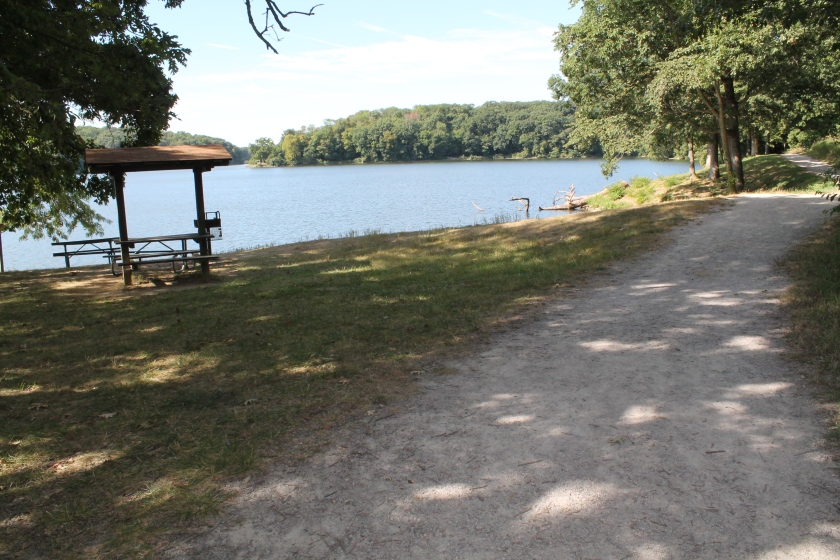 It hugged the jagged shoreline which gave us opportunities to see what was in the water.

It crossed a large parking lot with a boat ramp and then continued west. 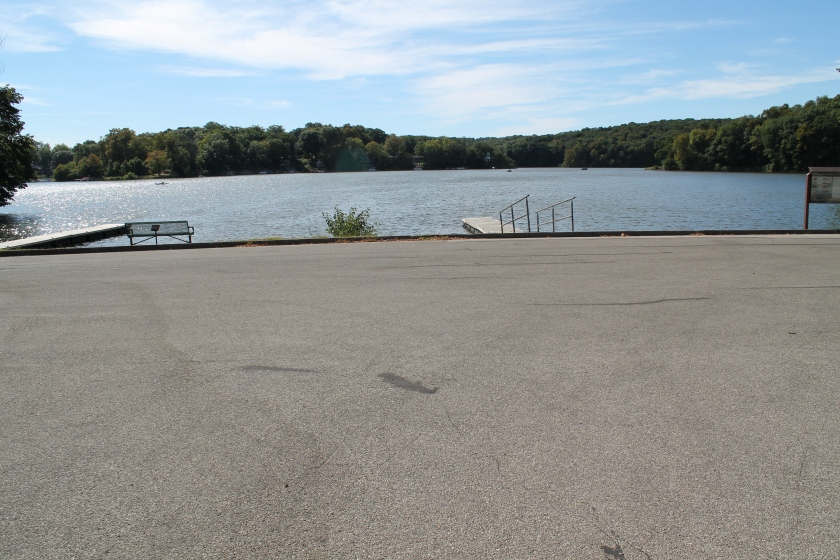 There were plenty of places to view the lake, each of which offered a different angle and background.

The trail featured a mix of sun and shade. The Iowa DNR map showed it as multi-use but signs stated that bicycles were not allowed.

We walked the full length of the dam and to the top of a large mound at the far end. 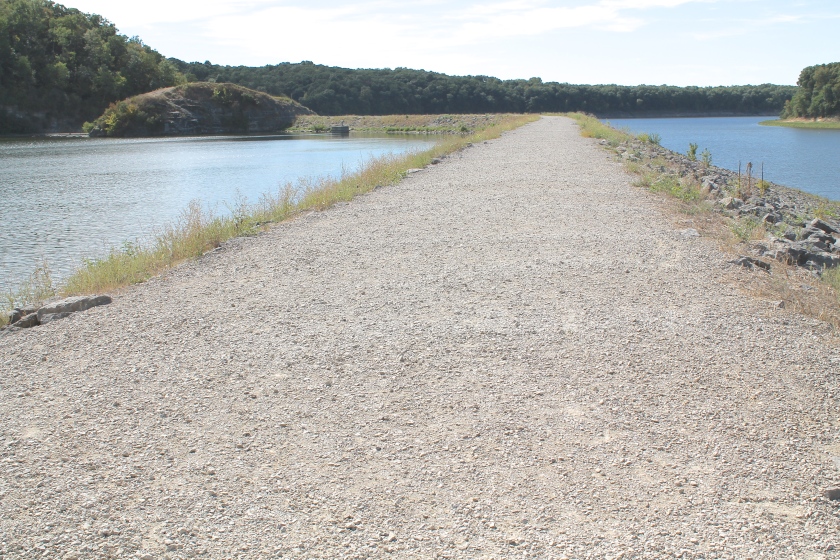 The side of the mound was rocky and slippery so we supported our children up and down it. On the mound, we ate a snack and enjoyed views of both Coralville Lake and Lake Macbride.

This second video was recorded from on top of the mound.

In sum, we enjoyed a peaceful, easy walk along Lake Macbride’s shore and appreciated the nearby facilities such as the playground, water, and restrooms. Read about other nearby waterfront trails we’ve explored: Macbride Nature Area, Woodpecker Nature Trail, Squire Point, and Tailwater River Walk Trail.