War Spur Trail is 3 miles north of Mountain Lake Lodge on State Route 613 in Mountain Lake, Virginia. State Route 613 included some potholes during our visit in mid-March but was passable with our small car. Primary activities include hiking and dog walking but mountain bikes and horses are not allowed.  Parking is free but limited. There are no restrooms or water. Cell phone service was weak while on the trail and my phone was unable to record GPS coordinates. 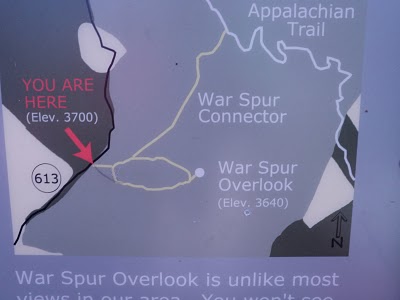 The War Spur trail forms a 2.7 mile loop, has gentle changes in elevation between 3,600 and 3,700 feet, and includes a scenic overlook. From the trail head, we hiked counter-clockwise. The first half of the loop is primarily flat and includes one small stream crossing. 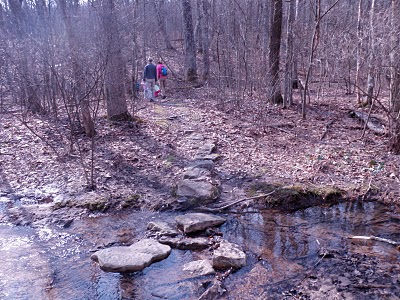 The hemlock trees I inspected near the trail were not visibly infested with hemlock woolly adelgid; read about Pandapas Pond to see what an infested hemlock looks like. 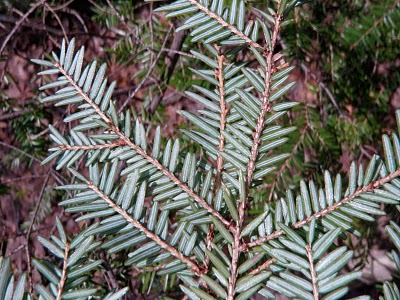 The two, three, and four year old kids on our hike enjoyed the first half of the loop despite tripping on leaves and branches. For the most part, the trail is very well shaded and likely a few degrees cooler in temperature than that of surrounding towns. 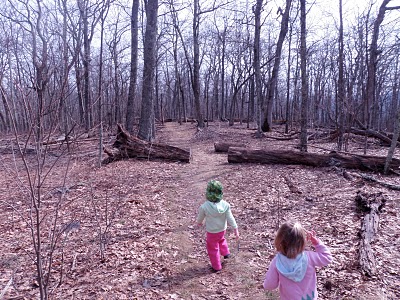 Around the midpoint of the loop, a short segment of trail branches off and leads to the overlook. Notice that the approach to the overlook has rhododendron on both sides of the trail.

The scenic overlook area is large enough to host a comfortable picnic while enjoying panoramic views. 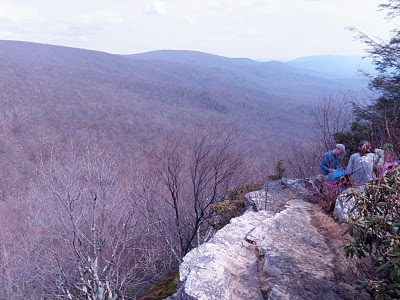 The subsequent video was taken from the center of the overlook.

The trail becomes more difficult after the leaving the overlook and continuing counter-clockwise around the loop because it narrowly dips into a ravine. 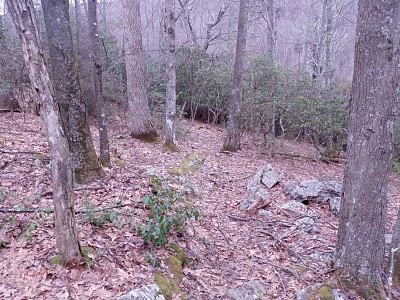 In the ravine, we spotted mountain-laurel. Unfortunately, it was too early in the spring for us to see its pink and white flowers. 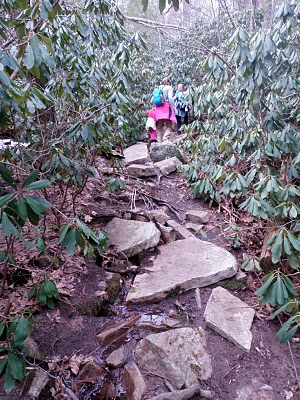 In sum, the War Spur Loop trail is an easy hike that includes a scenic overlook that can host a relaxing picnic at just the right time. Other family friendly hikes near the New River Valley include: